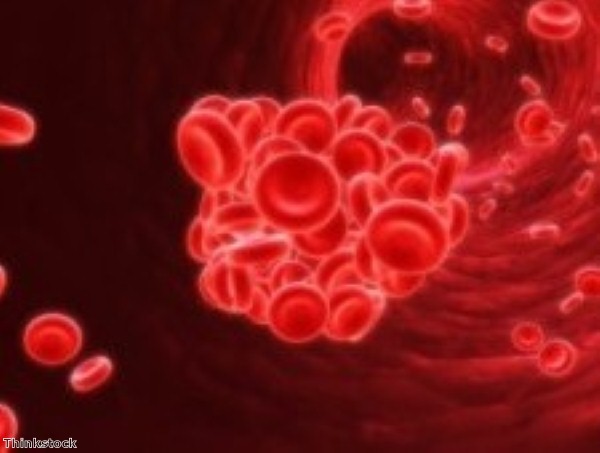 An existing drug that is used to treat cancer patients has been found to be effective in protecting people from vascular clots.

Bortezomib (Velcade), which is used to treat multiple myeloma, was approved for use by the US Food and Drug Association in 2012. As well as attacking cancer cells, it has been found to help prevent clot development common to many forms of the disease.

The anti-thrombotic effects of bortezomib are determined by KLF2, part of a family of Kruppel-like factors – master regulators of vascular health. These factors prevent clot formation in the body's major blood vessels.

Previous work by the researchers at Case Western Reserve University revealed that Kruppel-like factors function as nodal regulators of vascular health. This led them to surmise that bortezomib protects against thrombosis by increasing KLF levels.

Lalitha Nayak, an assistant professor of medicine, decided to test the hypothesis in the laboratory. She showed that bortezomib treatment rendered normal mice resistant to clot formation.

Next, she demonstrated that the drug specifically and potently induced KLF2 levels. Finally, she confirmed KLF2's importance by administering bortezomib to mice missing the KLF2 gene. In these animals, the drug did not have the effect of protecting them from thrombosis.

"This taught us how important KLF2 is for the ability of bortezomib to protect against thrombosis," professor Nayak said.

The results of the study could alter the management of thrombosis in patients who have a predisposition to clot formation, particularly where present treatments are ineffective.

Antiphospholipid antibody syndrome (APLS) is one such condition. Patients with the disorder have an increased risk for blood clots in both arteries and veins. It often affects young women, and there is no effective antithrombotic strategy for this group of patients.

Bortezomib protects against thrombosis and does not increase bleeding, making this drug a potential treatment alternative for APLS patients.

"Vascular clots are the number one cause of death and disability worldwide," professor Nayak said. "Our studies show that increasing KLF2 levels provides a favorable thromboprotective effect."