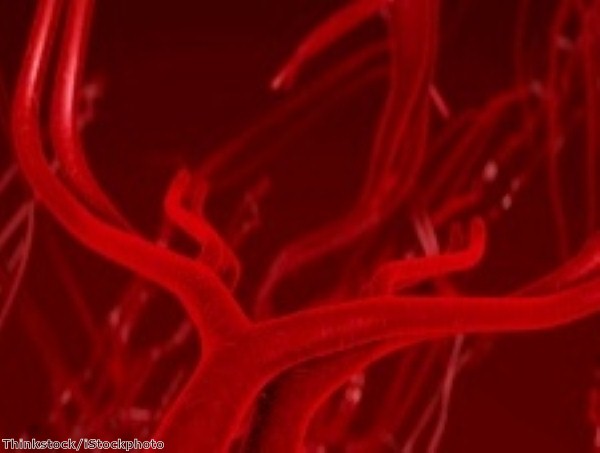 The researchers, led by a team at Case Western Reserve University, designed a multifunctional nanoparticle that enables magnetic resonance imaging (MRI) to identify the plaques caused by atherosclerosis.

Currently, the method of pinpointing such plaques involves an invasive procedure, with a doctor inserting a catheter inside a blood vessel in a patient's arm, groin or neck. This emits a dye that enables X-rays to show whether the vessel is narrowing.

However, the new study used a nanoparticle built from a rod-shaped virus commonly found on tobacco, which can locate and illuminate plaque in arteries more effectively and requires just a tiny fraction of the dye.

It raises the possibility that particles could be specifically designed to distinguish vulnerable plaques from stable ones, as they are able to home in on biomarkers. Untargeted dyes are unable to do this.

"From a chemist's point of view, it's still challenging to make nanoparticles that are not spherical, but non-spherical materials are advantageous for medical applications," said Nicole Steinmetz, assistant professor of biomedical engineering at Case Western Reserve. "Nature is way ahead of us. We're harvesting nature's methods to turn them into something useful in medicine."

In collaboration with Xin Yu, a professor of biomedical engineering, who specialises in developing MRI techniques to investigate cardiovascular diseases, Steinmetz created a device that transports and concentrates imaging agents on plaques.

Elongated nanoparticles have a higher chance of being pushed out of the central blood flow and targeting the vessel wall; they also adhere better to plaques.

The surface of the virus was modified to carry near-infrared dyes used for optical scanning and gadolinium ions (which are linked with organic molecules, to reduce toxicity of the metal). This method increases the relaxivity – contrast with healthy tissue – by more than four orders of magnitude.

As the contrast agent is delivered directly to the plaques, the scientists were able to use 400 times less of it.

Steinmetz and Yu now want to take the research further in order to distinguish stable plaques from ones vulnerable to rupture, which require treatment. Plaques that rupture can set off the train of events which leads to a heart attack or stroke.