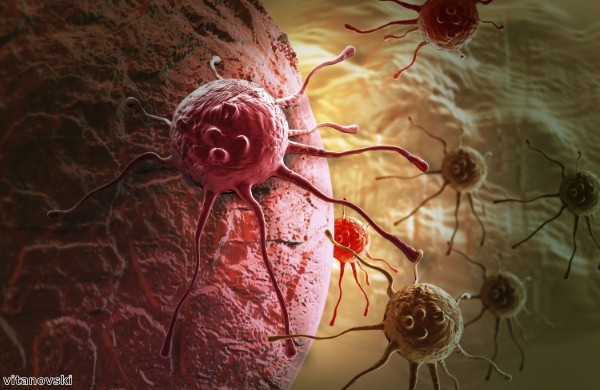 New research conducted at the Translational Genomics Research Unit (TGen) has identified a key protein that helps prevent the destruction of lung cancer tumours, which could make radiation treatment and chemotherapy more effective.

Platinum-derived chemotherapeutics, such as cisplatin, or radiation therapy are often used to treat the disease in the absence of more effective targeted therapies.

Studies previously conducted at TGen have shown that excessive activation of a cellular signaling mechanism known as TWEAK-Fn14 is linked to the survival and spread of cancer cells.

In a new study, published in the scientific journal Molecular Cancer Research, researchers found that a protein called Mcl-1 helps enable TWEAK-Fn14, which in turn helps protect NSCLC tumours from being destroyed by radiation and drugs.

"Our study demonstrates that the expression of Mcl-1 is necessary to promote the TWEAK-mediated survival of NSCLC tumor cells," said Dr Timothy Whitsett, an assistant professor in TGen's Cancer and Cell Biology Division, and the study's lead author. "By deactivating Mcl-1, we believe we can give these lung cancer patients a better response to standard therapy."

He added that bypassing these mechanisms would make it more difficult for lung cancer cells to evade therapies.

According to the team, more research is needed into the Mcl-1 and TWEAK-Fn14 mechanism. Clinical trials would follow, hopefully leading to more effective treatments that could reduce lung cancer mortality.