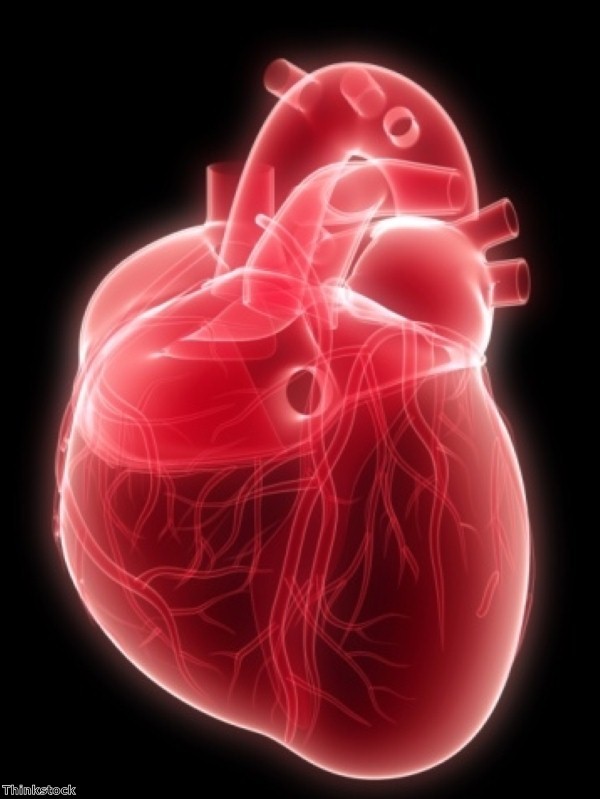 Many patients have already been treated using c-kit positive stem cells, which are removed from healthy regions in a damaged heart, processed in a laboratory and then re-injected into the patients' hearts.

This is an experimental treatment based on preclinical studies in rats and mice which have indicated that c-kit-positive stem cells completely regenerate myocardial cells and heart muscle.

However, the researchers have pointed out that this does not accurately reflect the situation in the heart following an injury, as regenerative capacity is almost non-existent.

Combined data from a range of clinical studies reveals patients experienced around a three to five per cent improvement in heart ejection fraction – a measurement of how forcefully the heart pumps blood.

Dr Jeffery Molkentin, study principal investigator and a cardiovascular molecular biologist and HHMI investigator at the Cincinnati Children's Heart Institute, said this effect is unlikely to be due to the generation of new contractile cells, known as cardiomyocytes. In fact, it is probably because injecting these cells stimulates the growth of new capillaries.

A fluorescent marker was used to track the specific types and volumes of any c-kit-positive cells being generated in the animals, including in their hearts.

It was found that c-kit-positive cells originating in the heart generated new cardiomyocytes at a percentage (from baseline) of 0.03 or less. This figure fell below 0.08 when considering a natural process called cellular fusion – where c-kit-positive cells from the bone marrow or circulating immune system cells fuse with cardiomyocytes in the heart.

The team are conducting follow-up studies in an attempt to increase the rate of new cardiomyocyte generation from c-kit-positive stem cells.