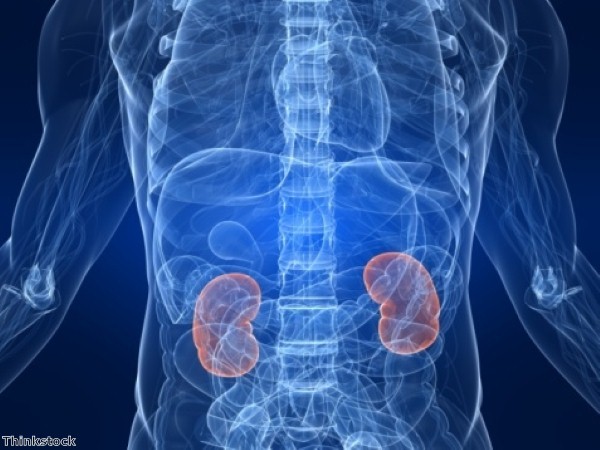 Researchers from Chicago and Beijing have identified a major mechanism behind the progression of kidney cancer and their findings could lead to new treatments for the disease.

Their research, published in the March 20th edition of the journal Cancer Cell, shows how a shortage of oxygen, or hypoxia, created when rapidly multiplying kidney cancer cells outgrow their local blood supply, can accelerate tumor growth.

It does this by causing a nuclear cell protein known as SPOP (speckle-type POZ protein) – which normally suppresses tumour growth – to move into the cytoplasm, where it has the opposite effect.

In the cytoplasm, SPOP closes down the protective pathways that should restrict tumour growth. The team notes that the cytoplasmic overaccumulation of SPOP "is sufficient to convey tumourigenic properties onto otherwise non-tumourigenic cells."

"It becomes a vicious cycle," said the study's senior author Kevin White, professor of human genetics, and ecology and evolution, and director of the Institute for Genomics and Systems Biology at the University of Chicago.

"SPOP gets overexpressed and misdirected to the cytoplasm, where it interferes with multiple systems designed to suppress tumor growth. This encourages tumor growth, leading to more hypoxia."

A role for SPOP as a biomarker for kidney cancer was identified by Professor White and colleagues in 2009.

They found that 99 per cent of clear cell renal cell cancers (ccRCC, the most common type of kidney cancer) had elevated SPOP levels.

The researchers hope that understanding how misplaced but not mutated SPOP contributes to cancer growth could help them identify new ways to intervene.

In humans, SPOP has a profound effect, degrading multiple regulatory proteins in the cytoplasm that ordinarily serve to suppress tumour growth.

The most important was PTEN, a gene that is damaged or lost in several types of cancer. Several other tumour-suppressing proteins could be degraded by SPOP, removing additional barriers to rapid tumour growth.

SPOP may therefore turn out to be a good drug target, Professor White noted.