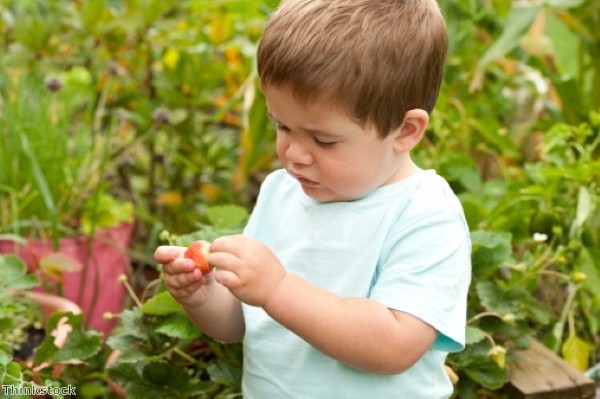 A new study has revealed links between vitamin D levels in pregnant mothers and muscle strength in children.

According to research conducted at the Medical Research Council Lifecourse Epidemiology Unit (MRC LEU) at the University of Southampton, children are more likely to have stronger muscles if vitamin D levels in their mothers' bodies are high during pregnancy.

A link has previously been made between low levels of vitamin D and reduced muscle strength in adults but little has been known about the effects of varying levels of the vitamin in pregnant mothers on their children.

Scientists conducting the study measured vitamin D levels in the bodies of 678 mothers in the later stages of pregnancy. Grip strength and muscle mass were measured in the children when they were four years old.

It was found that grip strength is stronger among children of mothers who had higher levels of vitamin D in their bodies. An increase in muscle mass was also discovered, although the link with vitamin D levels was less pronounced in this case.

Low levels of vitamin D are common among British women, who frequently fail to supplement their diet – even though taking additional quantities is recommended.

Lead researcher Dr Nicholas Harvey, senior lecturer at the MRC LEU at the University of Southampton, said the research may have wider implications. He pointed out that a low grip strength among children is often associated with health problems which develop in adults, including diabetes, falls and fractures.

Greater vitamin D levels in pregnant mothers may therefore help to reduce the likelihood of developing these conditions in later life.

The research formed part of the Southampton Women's Survey, one of the largest of such studies conducted globally.

Cyrus Cooper, professor of rheumatology and director of the MRC LEU at the University of Southampton, said the latest results are part of a wider project to determine the effects of mothers' diet and lifestyle on children's development. "This work should help us to design interventions aimed at optimising body composition in childhood and later adulthood and thus improve the health of future generations," he commented.