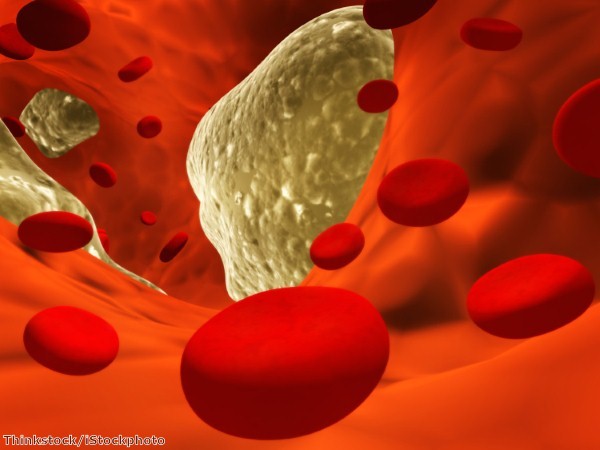 Researchers have identified a molecule that plays a role in exacerbating atherosclerosis and could provide a target for new therapies.

Scientists at the University of Texas (UT) Southwestern Medical Center found that a molecule known as 27HC (27-hydroxycholesterol) promotes the formation of atherosclerotic plaques, which can lead to cardiovascular disease.

Atherosclerosis involves the build-up of lesions (or plaques) formed from lipids, such as cholesterol and fatty acids. If these rupture, they can partially or completely block blood flow, causing a heart attack or stroke.

27HC belongs to a family of molecules known as oxysterols. It is produced during the normal breakdown of cholesterol and is known to accumulate in atherosclerotic plaques.

The UT researchers discovered that 27HC promotes the formation of atherosclerotic plaques, causing a doubling in the accumulation of lipids in the arterial wall.

It achieves this through mechanisms mediated by estrogen receptors. Normally, these receptors enable estrogen to protect against the development and progression of atherosclerosis – but 27HC blocks them and prevents these beneficial effects from being realised.

"This result may explain why hormone therapy with estrogen does not provide cardiovascular benefit in women with pre-existing atherosclerosis, in which 27HC is abundant in the vascular wall."

The researchers found 27HC triggers inflammation in the arterial wall, a key step in the establishment of atherosclerotic plaques.

This was characterised by the exaggerated production of molecules known as cytokines that drive inflammation, as well as the enhanced attachment on the arterial wall of immune cells known as macrophages.

Macrophages then accumulate lipids (such as cholesterol) and trigger the formation of atherosclerotic plaques.

Dr Shaul said complementary therapies are needed to combat atherosclerosis, even though statins have already had dramatic impact, and targeting 27HC could help to fulfil this role.